We are thrilled to share that our wee puppy Luka was found after being missing for 11 days in the cold winter elements.

I wish to extend my heartfelt gratitude to the people In the Pontiac region , from Bryson to Luskville and into Gatineau who saw posts on kijiji , the Ottawa and valley lost pet network, the helping lost pets network and the folks from Pontiac animal aide and kept watching and reporting sightings and also went out to search for him.

Read more about Luka has been found!

FOR WHO? You must be 11 years old or older

*Note: Don’t forget to bring your lunch
(Students will NOT be allowed to leave
the Quyon Family Center for the duration of the class)

* A minimum of 12 students are needed in order for the class to be given.
* There is a maximum of 25 students per class.

By Meghan Hurley, OTTAWA CITIZEN February 6, 2014
OTTAWA — The mother of a Gatineau drug dealer accused of killing 36-year-old Tricia Boisvert in her Montreal apartment has one message for her son: Come home.

Police have accused Philippe Steele-Morin, 30, of killing Boisvert in her Montreal apartment on Jan 17. Her body was found a week later in a wooded area near Quyon, Que.

Steele said she knew something was wrong when Gatineau police called her the Saturday after Boisvert disappeared to ask where her son was.

A few days later, Steele found out that Montreal police had named her son as the main suspect in Boisvert’s death. Police have said they believe Steele-Morin was the last person to see Boisvert alive.

“Something went wrong because Philip is not a killer. It doesn’t make sense to me,” Steele said. “I just wish he would come out, because then we would have answers.”

NORTH ONLSOW – Police continue their manhunt for the prime suspect in Tricia Boisvert’s murder, the Ottawa native abducted in the bustling South-West neighbourhood of La Petite-Bourgogne in Montreal, and whose body was later discovered in the Quyon sector of the Municipality of Pontiac last Thursday, six days after the drama began.

Read more about PHILIPPE STEELE-MORIN:STILL WANTED IN CONNECTION WITH THE MURDER OF TRICIA BOISVERT 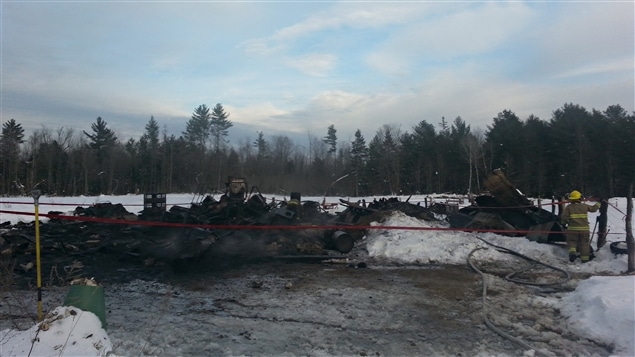